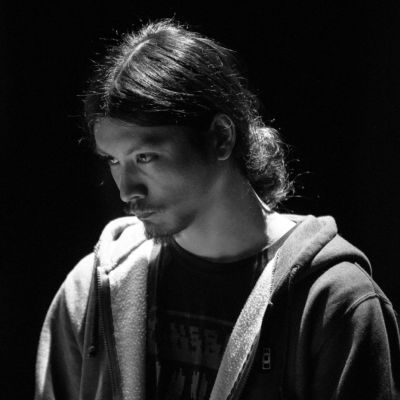 Welcome YPY: Quoting a recent feature of YPY at XLR8R: "YPY is a project by multi-instrumentalist and composer Koshiro Hino. The Osaka-based artist began his career in 2010 as a band musician in Talking Dead Goats “45, and he remains involved in minimalist instrumental outfit Goat and hardcore-induced band Bonanzas. Drawn by the fun of experimenting in electronics, he launched YPY in 2014. (...) Hino's band experience is evident across his solo output, particularly in his approach to rhythm and percussion, as is his Japanese heritage." And this weekend he is bringing his incredible live show to the last Nachtdigital!

Sound and Info about YPY: